The plant consists for the most part of water so it is quickly warmed up by infrared radiation. Water absorbs infrared very well. Reflecting infrared radiation before it enters the greenhouse therefore has a large impact on plant temperature.

All radiation above a wavelength of 700 nanometres (nm) is called infrared and so it begins above the red light. From 700 to 2500 nm it is called near infrared (NIR), also known as shortwave radiation.
Above that is long wave radiation. The plant does not use infrared for photosynthesis, so there’s no disadvantage to screening it out. Yet screening does prevent excessive warming. The plant is warmed due to the properties of water. Blue, green, red and far red pass straight through water but infra red heats it up, especially above 1200 nm.
Therefore on a nice sunny day the crop, which after all is for the most part made up of water, warms up considerably. Furthermore, the crop and the greenhouse equipment that have absorbed radiation also heat the greenhouse air. On such a day the plant temperature heats up more than the greenhouse air. In general, the plant temperature will be higher than that of the greenhouse air.

Limits to the heat

Within a certain range, it is of course positive that the crop warms up. This is beneficial to all kinds of plant processes. But there are limits. The combination of lots of light, a high crop temperature and low humidity leads initially to a halt in photosynthesis and eventually to actual damage.
Even before the plant approaches the fatal range it can be very useful to limit the rise in plant temperature. Then the crop transpires less so the window vents can be closed for longer. In this way you retain more CO2 in the greenhouse which results in more growth. With some crops, such as chrysanthemum and gerbera, flower colour can be improved by avoiding over-heating. 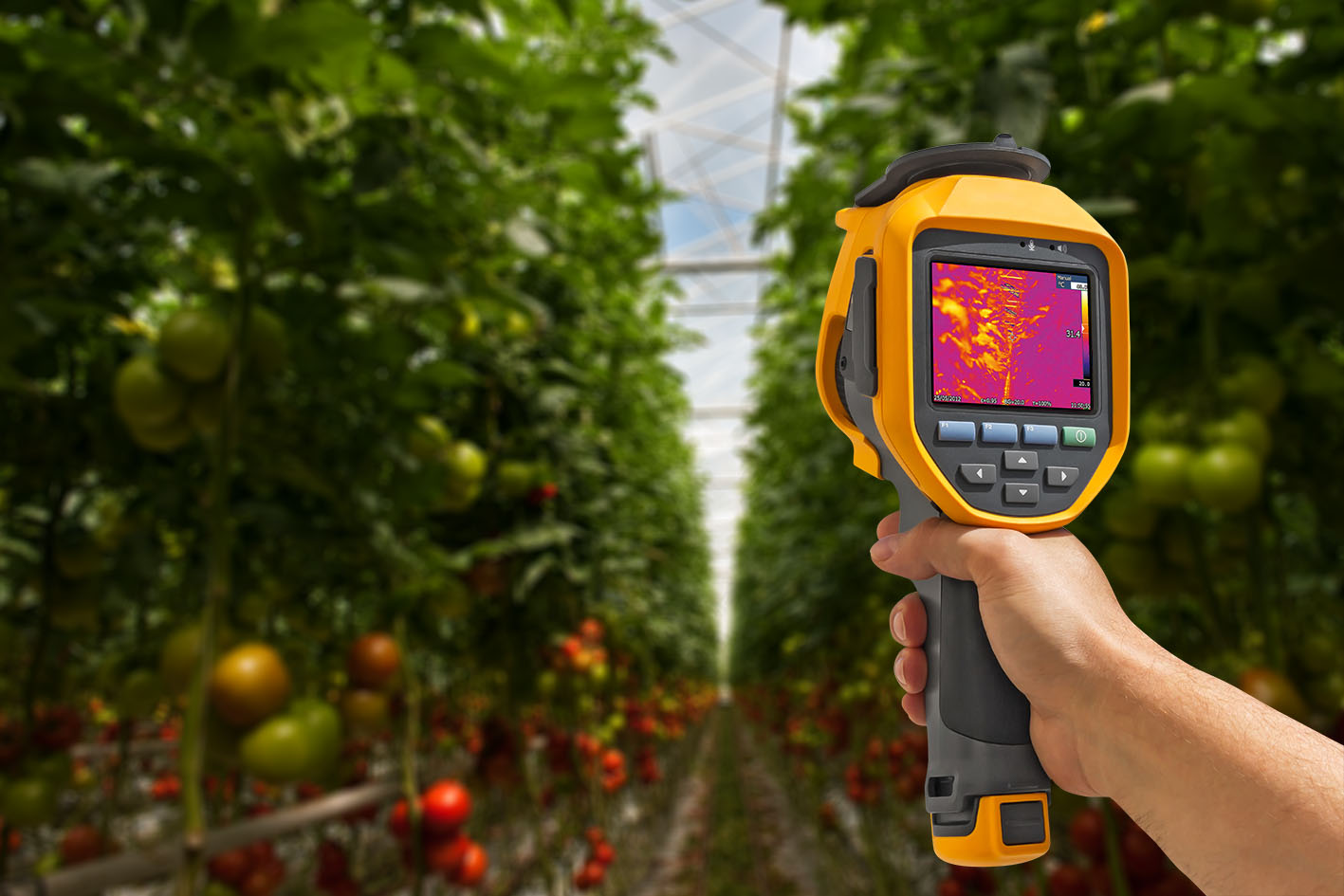 Coating at the right moment

Coatings are a very good way to keep out NIR-radiation. They can be applied to the roof for the months that infrared radiation is not needed and removed again when heat becomes beneficial again.
ReduSol causes the largest amount of heat reflection but this coating also reflects a relatively large amount of light. Therefore in 2004 the product ReduHeat was developed, which separates the radiation of PAR light and infra red. ReduHeat was followed by ReduFuse IR, which also blocks out heat. In addition, ReduFlex Blue and ReduFlex Green also reflect heat but to a lesser degree. Reflecting the incoming heat has big advantages but there are also some other effects to consider. The crop warms up more slowly in the morning, which may require extra heating from the pipes during the spring.
Another point is that infrared has a direct effect on the growth point. This is the most temperature sensitive of all the plant organs. It quickly warms up and the speed of development (shooting of leaves and bunches of fruit) rises with temperature. It means that the NIR reflective coating slows down the speed of development. This is not a problem in the summer; then the benefits are the main issue. This aspect needs to be taken into account in the spring and autumn with respect to the timing of application and removal.

"Finally, the ratio between the light colours has a steering effect on the cultivation. The first part of the infrared between 700 and 800 nanometre is called red". This is a crucial part, because the ratio between red and far red light determines whether a crop remains compact or tall. And this ratio also plays a role during the induction of flowering and flowering.
ReduHeat removes a small amount of far red and thus changes the ratio. French research shows that ReduHeat can have a beneficial effect on bedding plants by keeping them compact. Depending on the species ReduHeat resulted in the plants being 7 to 17% shorter.
The effect on cut flowers has yet been looked into. It could be at the expense of stem length but so many factors play a role that it is not easy to predict the outcome. Users of ReduHeat have not reported any negative experiences in this area.