Bumblebees benefit from coating on the roof

Bumblebees don't like extreme temperatures. Therefore, if the roof is coated they often function better and that improves their effectiveness.

Bumblebees are known as insects that function well under greenhouse conditions. Eventhough these conditions are actually not optimal for insects. Under a greenhouse roof bumblebees don't have any trouble with their orientation. They are however sensitive to high greenhouse temperatures. Then they stay in their hive and keep themselves cool.
Bumblebee specialist Remco Huvermann, of Koppert, explains the consequences that can have: “As the temperature becomes high they are no longer active from around 10 or 11am. That means they are only flying around for a quarter of the normal time. In addition, the hive can become too hot, which is not good for their health."

Coatings that reflect light and heat (infrared), such as ReduSol and ReduHeat, therefore have a positive effect on the functioning of the bumblebees. “They stay active longer which means pollination is less likely to be put into jeopardy. They also stay healthier if their home base stays cooler. Pollination takes place much better and you have fewer setbacks in fruit setting,” he says.
The latter is a result of the interaction between plant and pollinator. An extreme greenhouse climate or high radiation can lead to pollen of poorer quality. “The bumblebees smell this and skip these flowers. A heat wave has a double negative effect: Initially the bumblebees don’t fly enough because it is too hot and they have to actively cool their hive. In addition, one to two weeks later the bumblebees may ignore the unattractive flowers that were formed during the heat wave. A light or heat reflecting coating therefore has a twofold effect,” he says. 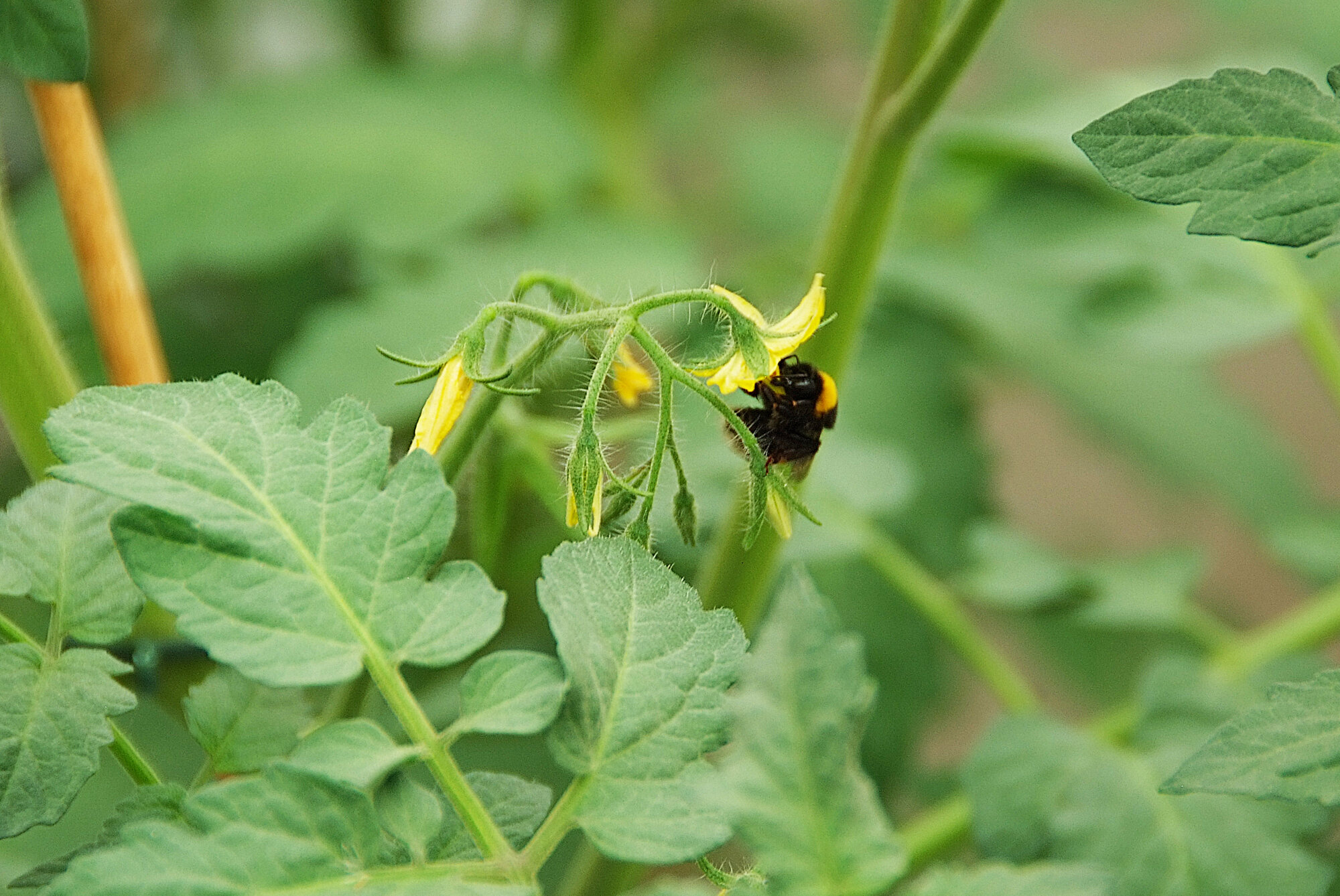 A diffuse coating, such as ReduFuse or ReduFuse IR, also has that dual effect. The top of the plant heats up less so that the quality of the pollen remains good. Also the bumblebees feel better in the milder climate and fly around and continue to pollinate the flowers. “In addition, because diffuse light penetrates deeper into the crop, the bumblebees can orient themselves better. They find more flowers and don’t waste energy because they are better able to find their hive again. It's good to remember that every setback costs money. When the pollination is poor growers find that they can miss a tomato. Also, missed fruit cause an imbalance in the plant so you have to adjust for this,” says Huvermann.
The combination of assimilation lighting during low natural light provides an additional challenge for bumblebees. Bumblebees are not able to see red light, the colour that dominates in assimilation lights. They have difficulty in orientating themselves and would waste to much time finding their hive again. This is time not spent on pollination. For that reason Koppert developed special hives that the bumblebees can easily find by means of colour signals and reflections.

The arrival of photoselective coatings on the market has allowed more crop specific light to be offered to the plant. ReduHeat is the first photoselective coating that has been specially developed for horticulture. Many growers want to keep heat out of the greenhouse but aren’t prepared to sacrifice...

A few years ago Mardenkro introduced ReduFuse. It is a coating that diffuses sunlight while hardly reducing light transmission. It is used mostly in the summer months for vegetable and flower crops that normally are not, or very minimally, screened. It’s clear from the graph below that light transmission...

Ex-tomato grower Toon Oomen teaches colleagues in Australia and New Zealand how to ‘read’ a crop. The extreme Australian conditions call for the use of ReduFuse.