Tomato plants utilise available light in the autumn less efficiently for production than in the spring. Why is this and can it be changed?

During the spring the amount of light steadily increases. After the longest day it starts to decrease again. Tomato production should follow this pattern: first a gradual increase and then a decrease so that the production pattern in the autumn is a mirror image of that in the spring. However, many tomato grower and growers of other vegetable crops experience that somewhat differently: production after the summer slumps more than expected based on the amount of light. This is so astonishing that a few years ago researchers at Wageningen University & Research decided to find the reasons behind it.

Their first discovery was that this is indeed true. The crop uses light less efficiently in the autumn. The light utilisation efficiency (LUE) in autumn is 14 % lower than in the spring. In order to find an explanation they examined the differences between spring and autumn. The crop is different in both periods, and the climate conditions are too. In the autumn the plants are older and have them much longer stems. Perhaps, by then, they function less well. Because there is much more leaf and stem mass in the greenhouse, the respiration just to maintain the crop is higher than in the spring. Also, after the longest day come the warmest days and humidity rises so more ventilation is required. As a result more CO2 escapes through the open windows. There are many more factors to consider, all of which may contribute. 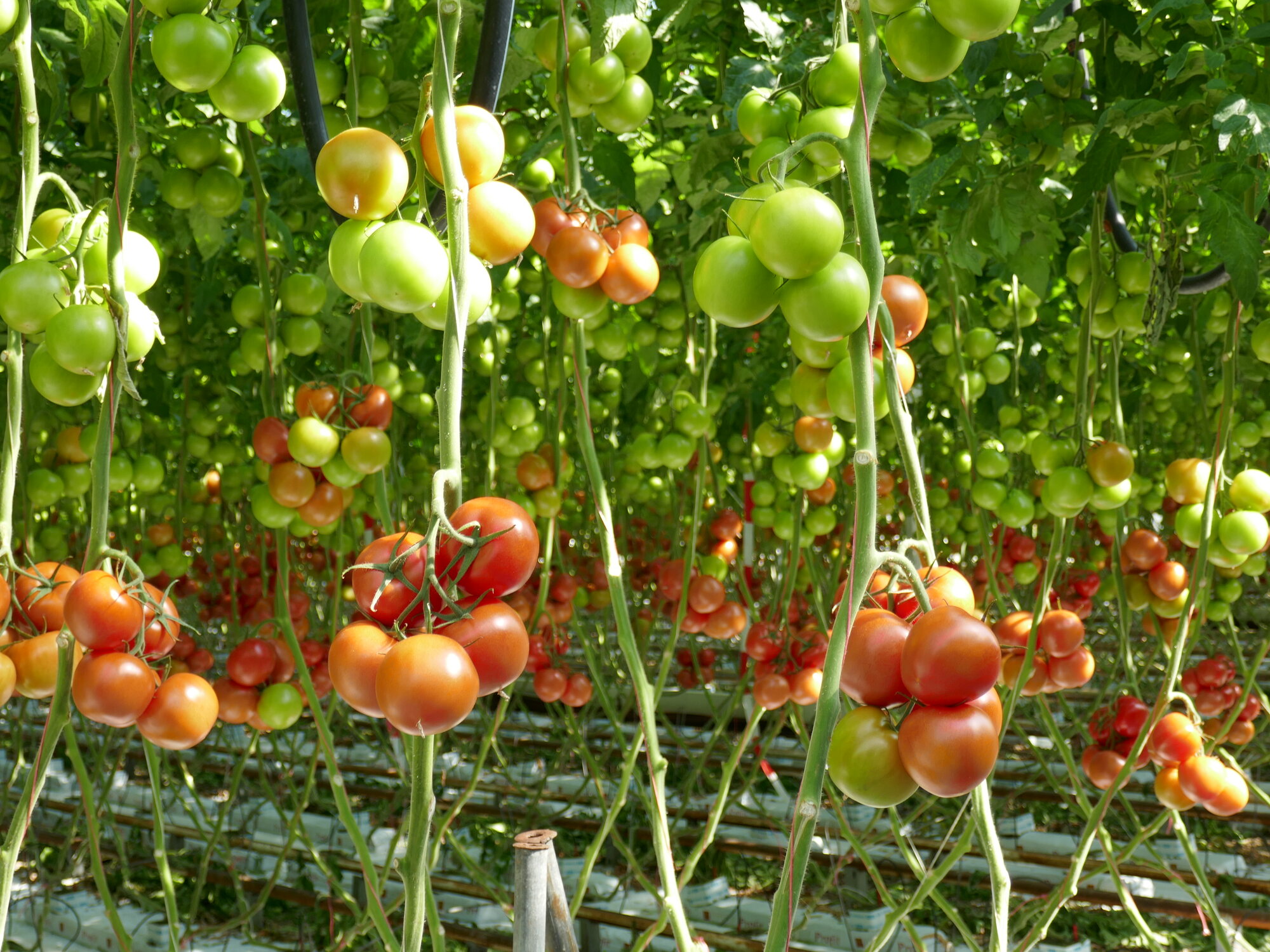 What has the biggest effect?

But which ones are actually important? To find out, the researchers made model calculations which resulted in a clear top-3. This also offer possibilities to adjust cultivation measures. The leaf area index (LAI: the m2 leaf surface area per m2 ground surface area) appears to play a large role. In most greenhouses this is lower after the longest day than before. The plant produces smaller leaves, which in addition to de-leafing and topping the plant, leads to a lower LAI. If the grower is able to keep the LAI at the same level it could increase production by a few per cent. The CO2-concentration in the greenhouse also explains a lot of the decline in production. Because the greenhouse climate after the longest day is often hot and muggy, the greenhouse has to be ventilated more and a lot of unused CO2 escapes outside. A grower who is able to maintain CO2 levels will notice a much lower drop in production. LAI and CO2 levels explain for a large part the drop in production. The third factor is the ratio between the production of sugars and the demand for the sugars. The demand for sugars by the growing fruits continues during the autumn but sugar production falls due to the two factors mentioned and the declining light level.

Therefore, it is important to remove coatings that block part of the light at soon as it makes sense to do so. ReduFuse can remain on the roof for longer so the crop benefits from the positive effects of diffuse light for as long as possible. In particular, the better horizontal and vertical distribution of the diffuse light make a big difference, provided that sufficient leaf area is available in the greenhouse.

Coatings: what do they bring?

Investing in a coating boosts yield and improves product quality. The actual return on investment depends on the conditions. Willem Valstar from StarGrow Consultancy helps tomato growers find the most economically profitable approach.

Don’t block the light - manage it!

The ReduSystems variety of coatings has grown significantly in recent years. Growers are leveraging the possibilities to develop a customised approach for their crop. A number of growers is switching over to another coating, while others have every reason to stay with their current choice.

Technology is not the only way to save energy. Savings can also be made by making better use of the properties of the plant.