Growers that are using a coating for the first time consistently report that there is a significant reduction in the number of hours they use their screen. Especially in the spring as sun and clouds alternate, the screen is far more often opened and closed when there is no coating. Mid-summer, when radiation is high, is another situation during which the screen is often closed.
These are two different situations. In the first instance, the main issue is to protect young crops against bright light. In other words, light reduction at a time when greenhouse temperature is not rising all that much. By contrast, in the summer the main issue concerns light and heat reduction.
Coatings can be used to address these two situations in different ways. In the spring, the light is spread using ReduFuse, so that the plants are less exposed to direct light. In the summer, extreme heat is protected by ReduHeat, ReduFuse IR or ReduSol. This way, an important basis is established for using light as a means for controlling the environment. This does not mean that the screen is no longer needed, but the number of hours of use declines drastically.

Coating and shading create an interaction designed to enable the crop to grow as uniformly as possible and to as much as possible to prevent stress. The trick is to allow as much light in as possible without causing any damage.
In the past, a grower would acquire one or two screens. The choice of (new types of) coatings only became a possibility later at a time when screens had already been installed, so this was then a given.
However, more recently we are seeing that growers want to mutually align these choices. In other words, they first determine how they would like to control the light throughout the year and then decide on the means they wish to use for doing so. In this respect, the properties of the relevant coating play an important role in selecting the screen. This enables growers to make optimal use of both means. 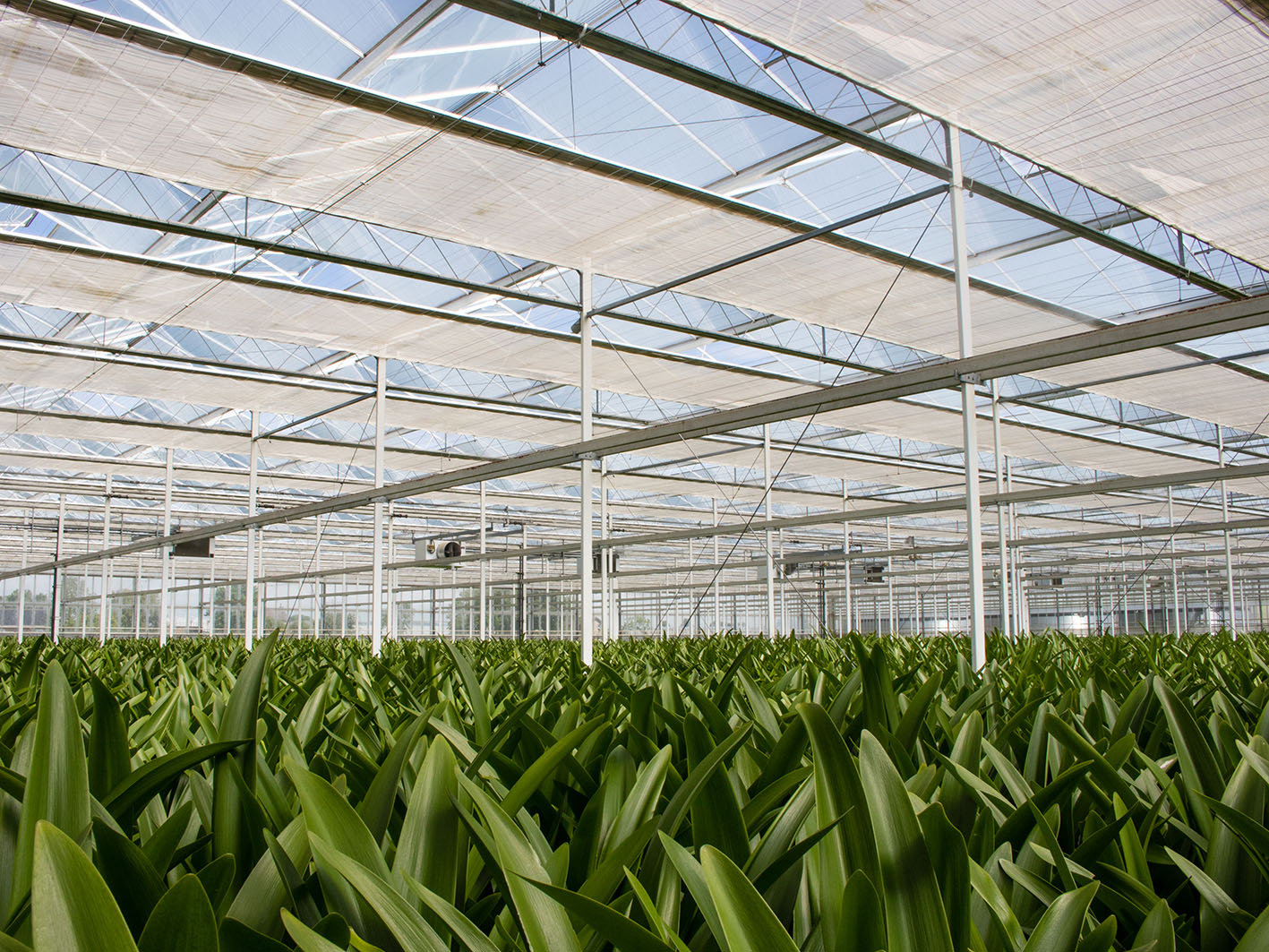 An example from Austria: Bell pepper growers coat their greenhouses with ReduFuse early in the year. That enables them to fully benefit from the available light without any danger of damage. At certain points in time, they are still forced to incidentally close the screen. At the outset, the screen only needs to be closed partially, in any case just enough to shade out the bright light coming in through the open venting windows.
However, later in the spring, the screen increasingly more often needs to be closed completely to prevent the fruit's temperature from rising too high. Initially, this is a good solution, but there comes a point at which the drawbacks outweigh the benefits. This is because a closed shade cloth impedes the available ventilation options, causing moisture to accumulate below the screen. At this point, the growers apply a layer of ReduSol on the greenhouse roof. This strategy is a good example of the interaction between the coatings and the screen.
Another example comes from the Netherlands: Suppliers of plant cuttings and young plants are increasingly coating their greenhouses with ReduFuse as early as in October. While that results in some light loss in winter, it prevents them from having to close the screen early in spring to protect the young vulnerable plants. The latter would result in a light loss of at least 30%. The loss of light resulting from the use of ReduFuse is much less, thus accelerating growth and enabling growers to deliver sooner.

The use of coatings continues to be custom work. Many examples demonstrate that coatings and screens are a perfect complement. The application of the type of coating and when these coatings should be applied depends on many factors. The use of ReduWizard is a first step in identifying the options available to a grower. In addition, ReduWizard also considers other conditions, such as location, type of greenhouse, type of crop, etc, thus enabling growers to make the right choice.