After two hot dry summers, growers have started to think differently about how to protect their crops, observes Account Manager Jelle Hoogland who advises greenhouse growers in Western and Central Europe. “There is no doubt we’ll be having more of these hot summers. It is therefore advisable to give careful thought to your strategy. Make maximum use of any available light when possible; protect your crops when necessary,” he says.
This strategy is founded on a coating that is applied in the spring. “Growers are increasingly opting for ReduFuse or ReduFuse IR to effectively spread the light within the crop in the spring. That provides for extra growth, production and quality,” he says.

If there are high solar radiation peaks during a period of light, they can be attenuated with moveable screens. “Growers regularly ask us questions about combining coatings with moveable screens. The basic premise is that the screen settings in the climate control computer must be adjusted. For example, if the screens originally closed at a solar radiation of 700 watts, then this setting must now be increased,” he says.
This is necessary because the light meter is located outside the greenhouse as part of the climate control computer’s weather station. When a coating is applied, less light will enter the greenhouse. Furthermore, ReduFuse and ReduFuse IR better distribute the light within the crop which would allow higher radiation levels in the greenhouse anyways.
In reality, it would be better to measure the light inside rather than outside the greenhouse to create an effectively regulated environment inside the greenhouse. This concept is gaining ground, albeit very slowly. In part because the measurement techniques used inside the greenhouse have not yet been perfected. 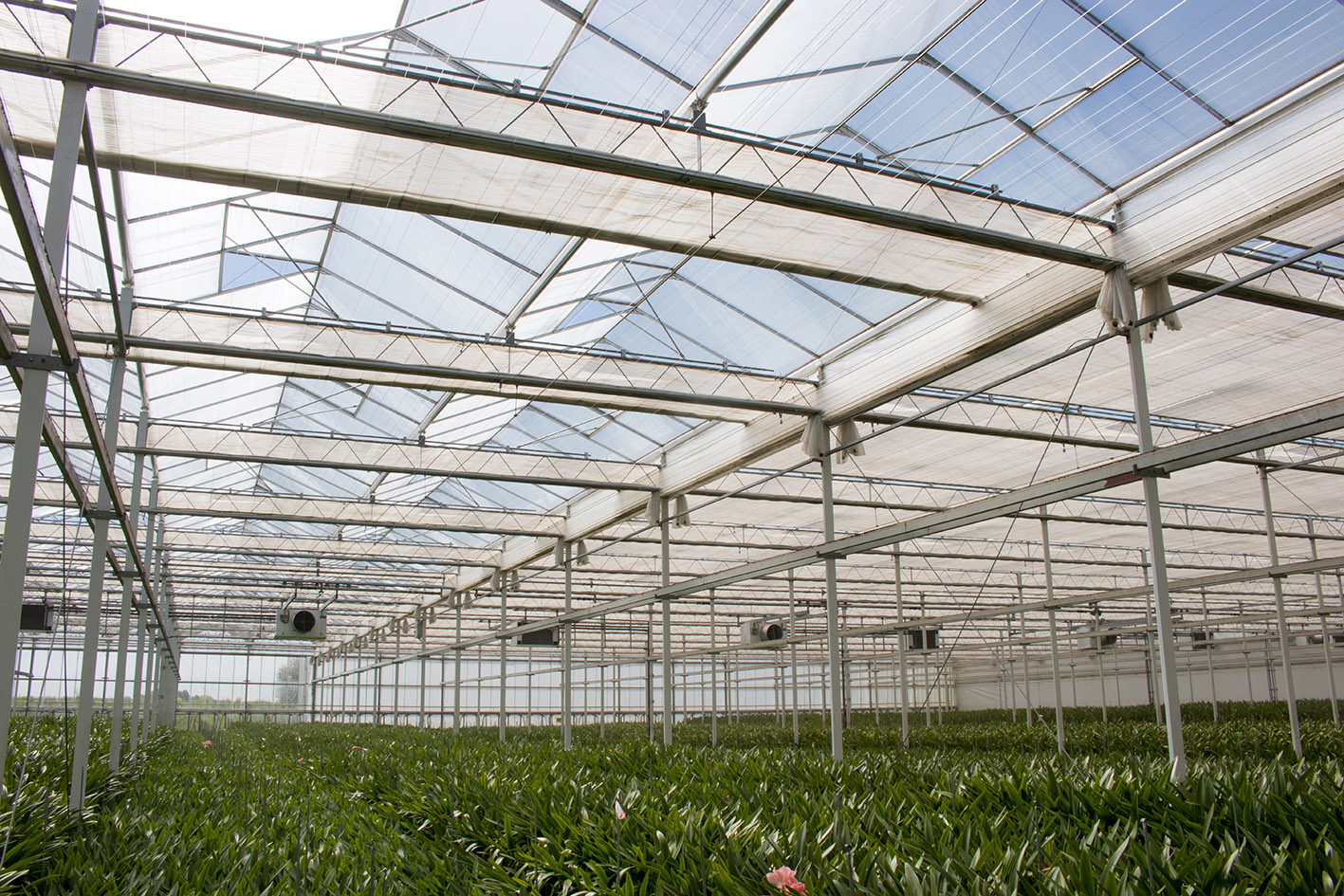 Keeping the heat out

“A coating keeps the excess light and heat outside the greenhouse. With moveable shading this energy still gets into the greenhouse. While it may accumulate above the closed screens, the energy nevertheless drops down. In addition, when the shading is closed 100%, the greenhouse becomes too hot. When you partially open it, part of the plants end up fully exposed to the sun,” he says.
Growers of light-loving crops in Western Europe for the longest time relied on moveable shading to eliminate light peaks. In recent years, even this category of growers has also opted for coatings such as ReduFuse and ReduFuse IR. “The coating provides the basic protection; the screens are the emergency brake,” says Hoogland.

In a continental climate, such as Central Europe, this is not enough. The strategy here is as follows: a diffuse coating is applied early in the year, light peaks are eliminated with a shade screens (if available) and additional ReduSol or Spray Chalk is applied in mid-summer.
This makes it possible to effectively anticipate difficult circumstances that due to climate change are expected to occur more frequently.

Hoogland advises that you should not only change the computer settings for the moveable shading when a coating has been applied to the greenhouse cover. “The venting settings must also be changed. When ReduFuse is used, the windows should not be set wide open. Because this will create spots throughout the greenhouse where the crop is fully exposed to sunlight. The trick in that case is to open up more of the windows on the wind side, instead of on the lee side. This will provide for a sufficient air circulation with a smaller window opening and the areas exposed to the sun’s full radiation therefore remain limited. Another advantage of a smaller window opening is that it more effectively keeps the CO2 inside,” he concludes.

For expert advise on how to optimally use the light in your greenhouse, contact our account managers, who are happy to assist you!