In the autumn, winter and early spring there is too little sunlight for optimal production. Every percentage point extra light will lead to increased photosynthesis and furthermore helps heat the greenhouse, says Cecilia Stanghellini of Wageningen University & Research. 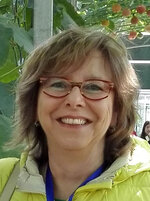 As a physicist, Cecilia Stanghellini specialises in greenhouse climate. She is associated with the Greenhouse Horticulture business unit that developed the Winter Light Greenhouse. This innovative greenhouse maximises light incidence and furthermore is highly energy efficient. The crop trials in this greenhouse show that extra year-round light is transformed into extra production.
The elevated light transmission is not only an area for attention for growers who are having a new greenhouse built. Even in an existing greenhouse, you can achieve a fairly considerable light gain through effective cleaning and preventing big condensation droplets as well as reflection from the greenhouse cover.
‘This is especially welcome in the low-light period,’ she says. ‘The well-known rule of thumb is: 1% more light yields 1% higher production. While this does not apply throughout the entire year, it certainly applies in winter. This is clearly evident from the light response curve (see Figure 1). During the winter, you are positioned in the steeply rising part of the curve. Every percentage point extra light then clearly leads to increased photosynthesis.’ 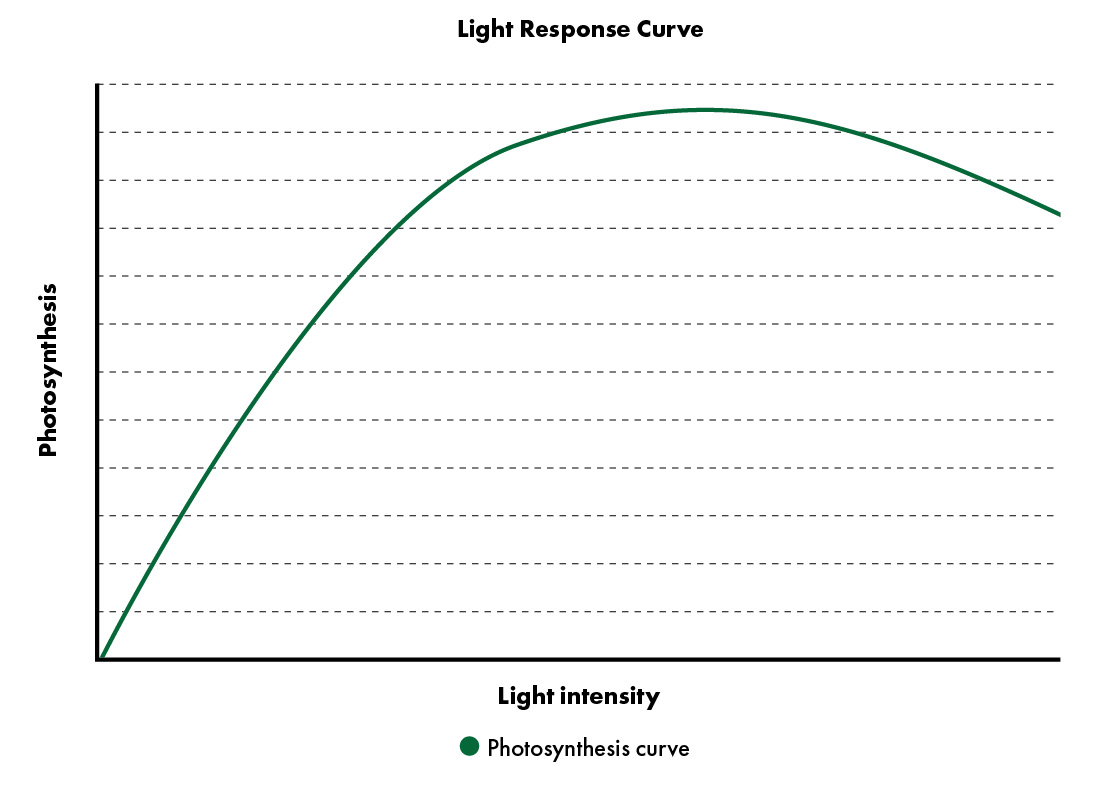 Solar radiation is packed with energy. Crops use this energy for photosynthesis. Furthermore, it warms the crop and the greenhouse. ‘In other words, when more solar radiation enters the greenhouse this not only improves photosynthesis. The higher temperature also accelerates the plant’s processes. The crop develops faster,’ she says.
The grower can use the greenhouse temperature to control the crop’s development. With increased light incidence, growers can reduce heating and can even maintain a higher crop temperature by setting the ventilation set-point higher. Stanghellini: ‘Due to the higher temperature, the crop’s evaporation will increase. This will increase the humidity. It is important that you do not immediately ventilate the additional moisture, as you will then largely lose the additional energy gains  brought by the increased light incidence.’

The big question is whether, for example, an 8% increase in light in wintertime makes a difference. The trials in the Winter Light Greenhouse clearly answer this question: improving light incidence definitely makes sense. ‘When you calculate it on an annual basis, it is not that much. But that is not what this is all about. Especially in the low-light season, extra light influences production and the speed of production,’ she says.
In a young crop in winter, part of the radiation does not fall on the plants, but on the ground. ‘But through reflection off the white groundcover, a large part still reaches the plants. Even a young crop quickly develops a large leaf surface with which it captures the sun’s radiation.’
What should you do when there is extra light in the greenhouse in winter? ‘Allow the greenhouse to get warmer, do not ventilate too much and respond to the crop’s faster growth; for example, by adjusting the CO2 dosing and watering.’

In greenhouse cultivation, we normally measure the greenhouse temperature. However, the temperatures of the plant and fruit are also very important in achieving optimum production and quality.

UV radiation can have both positive and negative effects on the crop. A high dose is not desirable however, it inhibits photosynthesis and results in visible damage. In addition, UV radiation breaks down plastics. ReduFlex UV is designed to protect against excessive doses of UV light.