Controlling conditions according to plant temperature opens up more possibilities

The temperature of the crop sometimes differs widely from the greenhouse air temperature. For this reason, it is a good idea to continuously measure the crop temperature.

Difference between greenhouse and plant temperature

There are a number of situations in which the differences between plant and greenhouse temperature may be great. One of the better-known ones is that on clear nights there is a lot of heat emission. The head of the plant cools off quickly and the monitoring box does not indicate exactly what is going on. However, this is one type of situation that growers are handling better and better: they close the energy screen.
Less well known is that a sudden rain shower in daytime can also result in a significant drop in head temperature. If you keep an eye on the crop with an infrared camera or a heat-imaging camera, you can respond to this, for instance by closing the energy screen for a short time.

When solar radiation is high, the exact opposite happens: the plant temperature rises quickly. Controlling the temperature using the monitoring box simply means reacting too late.
Coatings such as ReduFuse are designed to prevent this kind of rapid heating scenario from occurring in the first place. To gain more insight into the effect of the coating, you would actually have to measure the plant temperature and light levels with and without coating. Then you can compare the data with that of the monitoring box.
For example, if the plant temperature under the coating constantly remains 2 to 3 ºC lower, you will have more opportunity to return the humidity to the required level in the late afternoon; the vent windows can simply be closed more. You can reap the full benefits if you have a clear understanding of how the plant temperature is varying.
Under ReduFuse direct sunlight will no longer fall on the foliage so it heats up less. Consequently, the crop temperature is lower than it would be without ReduFuse. By gauging the crop temperature, the grower can let the temperature of the greenhouse increase a little more. The vent windows can be closed more, resulting in better humidity levels and a lower CO2 content. 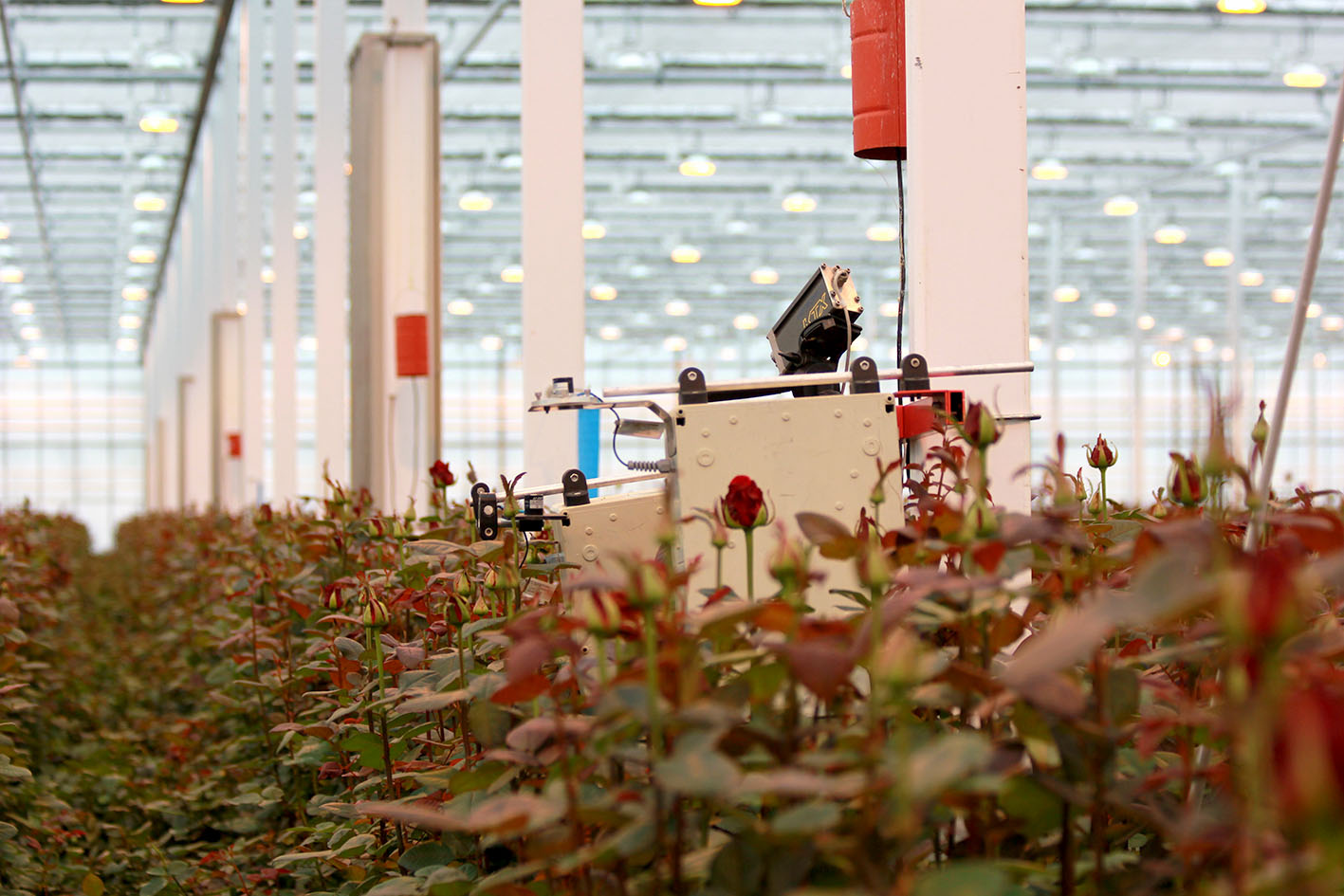 However, growers who continuously measure plant temperature and control the greenhouse temperature accordingly are in the minority. Measuring the temperature of leaves or fruits (for example bell peppers) mainly serves as an additional tool so they can intervene in exceptional cases.
As businesses become bigger and qualified crop specialists become scarcer, more new measuring techniques will emerge. The new possibilities for measuring, which are still improving, mean there are new things to consider when choosing the right coating. Greenhouse type and layout, the level of manageability and type of coating together have a major impact on the ultimate results.

Vegetable and ornamental crops can produce much more than they do at present if the climate conditions are always ideal.