Diffuse glass has a fixed haze factor. If you choose a diffuse coating it is possible to change the amount of light scatter, and hence haze, each year.

Diffuse coatings such as ReduFuse and ReduFuse IR scatter light. That’s to say: They deflect the incoming light from the straight line thereby creating diffuse light. Due to this scattering the light penetrates deeper into the crop which leads to more active leaves and better utilisation of light energy. For these reasons, a wide range of crops produce higher yields and better quality under diffuse light.

Light deflects as it passes through the coating and underlying glass depending, in general, on the pigment in the coating. The degree to which this happens is determined by the thickness of the coating. Therefore more buckets of ReduFuse per hectare equals more haze. By using a conversion table ReduSystems can calculate the quantity to use during the application to achieve the haze required by the grower. The optimal haze-factor per crop is not yet known because not enough research has yet been carried out. However, a higher value often seems to be better for fruit vegetables. 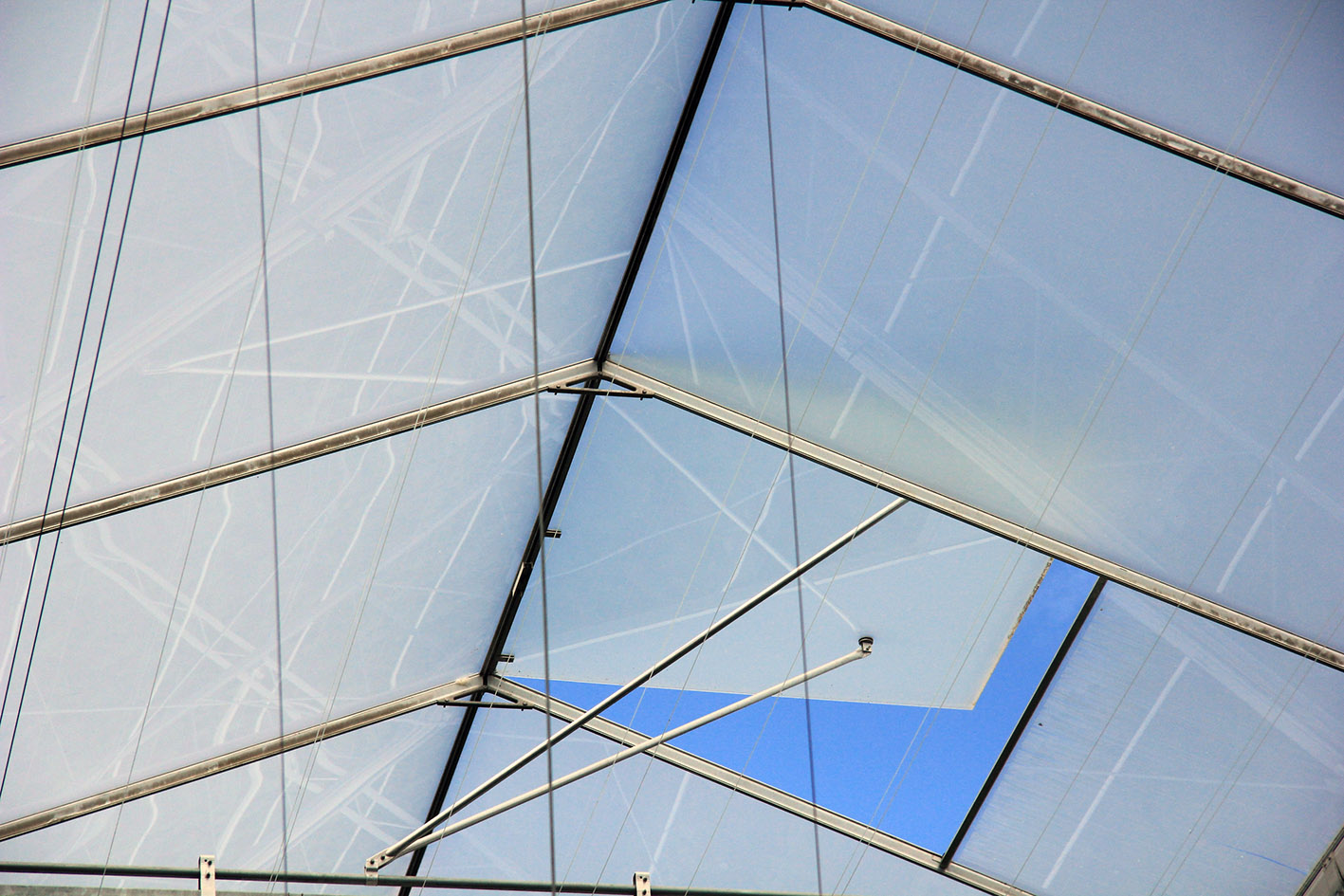 ReduSystems has all its coating measured by an independent party. There are several different methods for taking measurements and these give different results. There is no standard, therefore in its absence, sometimes a standard from the plastic industry is used (ASTM D1003). However, generally speaking the measurement protocol devised by the Lightlab of Wageningen UR Greenhouse Horticulture is recognised as being very reliable and so Mardenkro uses this lab. Previously the Lightlab measured the haze by using a so-called integrating sphere. This can measure incoming light that is perpendicular as well as hemispheric (diffuse) light. This was an improvement over the photospectrometer, which could only determine the amount of perpendicular incoming light.

But still the researchers were not satisfied with the integrating sphere for measuring the amount of haze for the following reason: The haze-factor indicates that light is deflected but not by how much it deflects from the straight line. Two materials with the same haze-factor, for example 75%, can produce very different pictures regarding the light transmittion: One material may deflect the light by about 3° while the other scatters the light over angles varying from 3° to 45°. This could have different effects on the crop.

Therefore Wageningen UR has switched over to using another instrument for taking measurements: The IS-SA (Imaging Sphere for Scatter and Appearance measurement). In addition to haze, this also measures the F-scatter. This is a figure that indicates the exact scatter pattern and says more about the material’s characteristics. The haze value is still currently used in practise but will be replaced in future by the F-scatter. For the coatings made by ReduSystems a higher haze value correlates with a higher F-scatter. Horticultural research still has to define what effect the different F-scatter values have on growth and yield of the crop.

Adjust the watering under a coating

A coating on the roof has consequences for the water management. Jos Beerens of Grodan explains what the grower needs to bear in mind.