Not only the amount of light but also its colour determines the growth and production of roses. The coating ReduFlex Blue allows relatively less blue light to enter the greenhouse. Commercial trials have shown that this has a positive effect on stem length or production. The rose growers who took part in the trials are so enthusiastic about the results they have continued to use the coating after the trials.

More and more information has accumulated in recent years about the role the colours in light play on crop development. Gradually it is becoming possible to steer a crop using light. We already know that blue light inhibits stretching. It’s logical, therefore, that a coating that inhibits blue light actually promotes stretching. This has a beneficial effect on roses, especially during the summer, when stem length sometimes lags behind. After all, longer roses attract a better price. More cut flowers, such as gerberas, can benefit from the extra length too.

Furthermore, blue light has a higher energy value than, for example, red light. If you can selectively filter out blue light, less heat energy enters the greenhouse so the plants stay cooler yet there is still sufficient light for assimilation. To a large extent ReduFlex Blue has a similar effect on the climate as ReduHeat, the coating that reflects heat. ReduFlex Blue changes the ratio between red and far-red light. This too can have a positive effect on length and/or production. 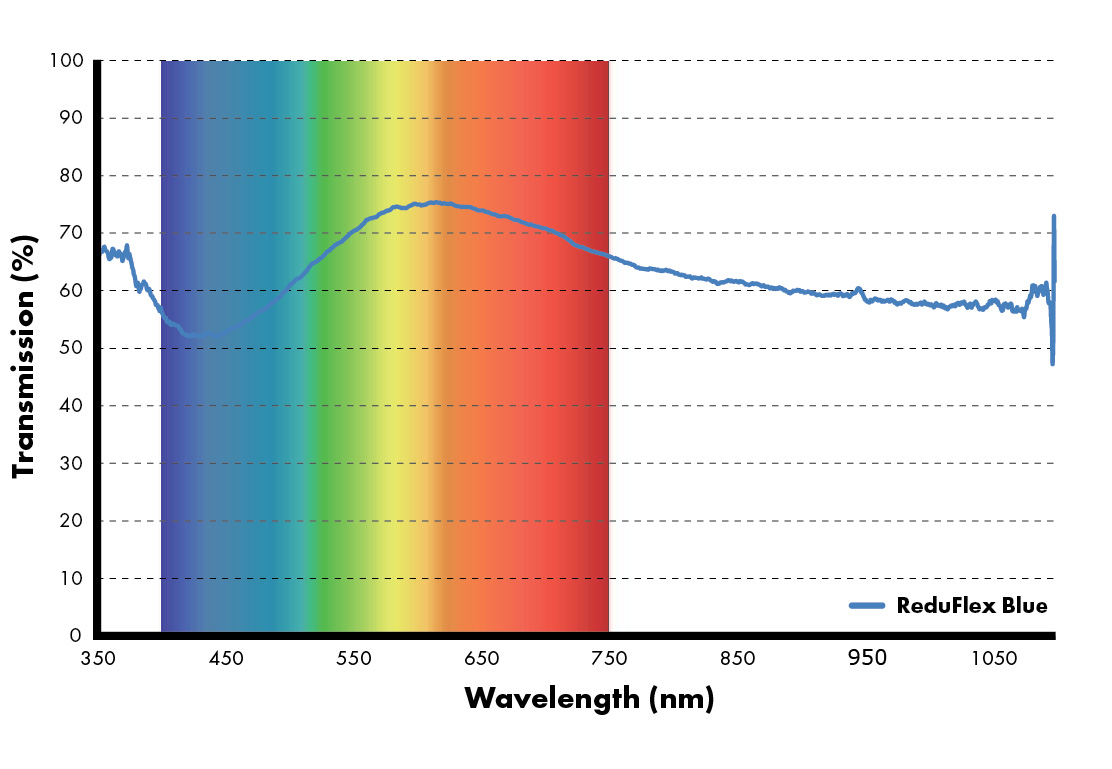 What happens in practise is dependent on the local conditions. It always depends on the ratio of the colours in the light; this ratio is responsible for the shape and growth of the crop. But there’s a large natural variation in the ratio of the colours in light. Usually there’s more blue light in the spring than in the summer. But if a cloud floats by in the summer the proportion of blue increases. At twilight, the proportion of far-red, which promotes stretching, increases but in practise the large amount of red from the assimilation lights overrides this effect.

Van den Ende Roses did trials with ReduFlex Blue and, during the first summer, the roses of the variety Akito were much longer. During the second year of trials, this time with the variety Red Naomi, the stems weren’t longer but they harvested more stems. The results, therefore, can change per year and per crop, mostly depending on the weather. As well as the hard data, what’s the reaction from the growers? They are, without doubt, positive. They say that the crop looks better and they are very pleased with the quality. ReduFlex Blue is a new product and experience is still being gained in practise. The first impressions though are good.

During 2014 Mardenkro will test the product on a number of other crops that are likely to benefit from the properties of Reduflex Blue.