Light is an important factor for achieving high yield and quality in a sweet pepper crop. Not only is the amount of light crucial, also its distribution during the day. Furthermore, the quality of the light, such as light colour and whether or not it’s direct or indirect is significant.

When we talk about light here, we are referring to the portion of the light spectrum that is used by the plant for photosynthesis: the PAR light. PAR light is radiation with a wavelength between 400 and 700 nanometres. The plant responds primarily to red and blue light, while people are mostly sensitive to green and yellow light.

Sweet pepper is a light sensitive crop that benefits from high sums of light. By reading the literature we know that sweet pepper plants need a minimum of 20 mol/m² (1500 J/cm² measured outside) of grow light per day to produce optimal yield. At the same time it is important that other factors such as CO2 level, temperature and humidity are also optimised. Day length and the maximum amount of radiation are important too. 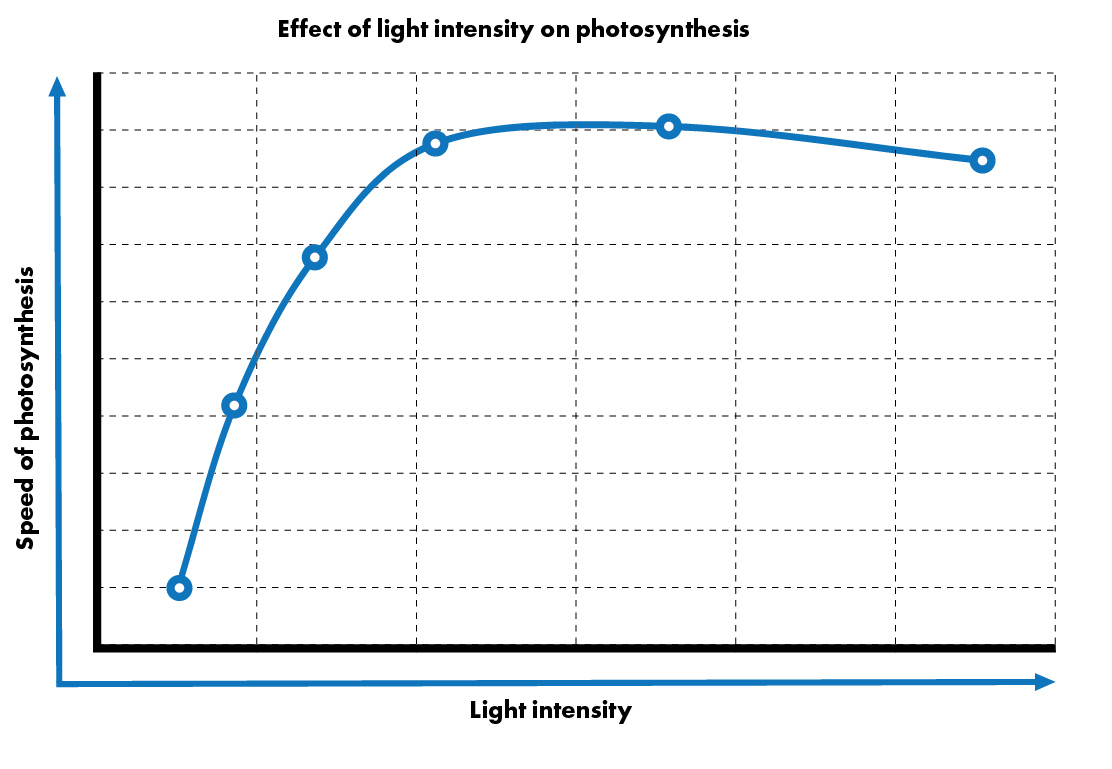 A sweet pepper can efficiently process about 550 µmol of direct light. Above this level the light will be converted with less and less efficiency into production of photosynthesis; eventually photo-inhibition will occur. This can lead to permanent damage. Research shows that photo-inhibition occurs more slowly in crops cultivated under diffuse light. Also, at high light intensity stress can occur causing the stomata to close. On one hand, this reduces transpiration causing plant temperature to rise, while on the other hand photosynthesis will be less because the plant takes up less CO2. In this case, the line in the light response curve will be lower so photo-inhibition may occur sooner.

As described above, a sweet pepper crop benefits from lots of light. Therefore this needs to be taken into account when using a coating on the roof. In the Netherlands and Belgium a diffuse coating (ReduFuse) is the best solution. This coating allows almost 100% of the direct incoming light to penetrate, depending on the thickness of coating chosen. If the light falls onto the roof at a lower angle, the transmission will be slightly less. This transmission is known as the hemispheric transmission. When using 14 buckets of ReduFuse per hectare the hemispheric transmission will be 6% less than under standard glass. This is shown in the figure below. In practise this difference will be less because ReduFuse is only applied in the summer months when generally the sun is higher in the sky, and therefore the light falls onto the glass at a smaller angle. 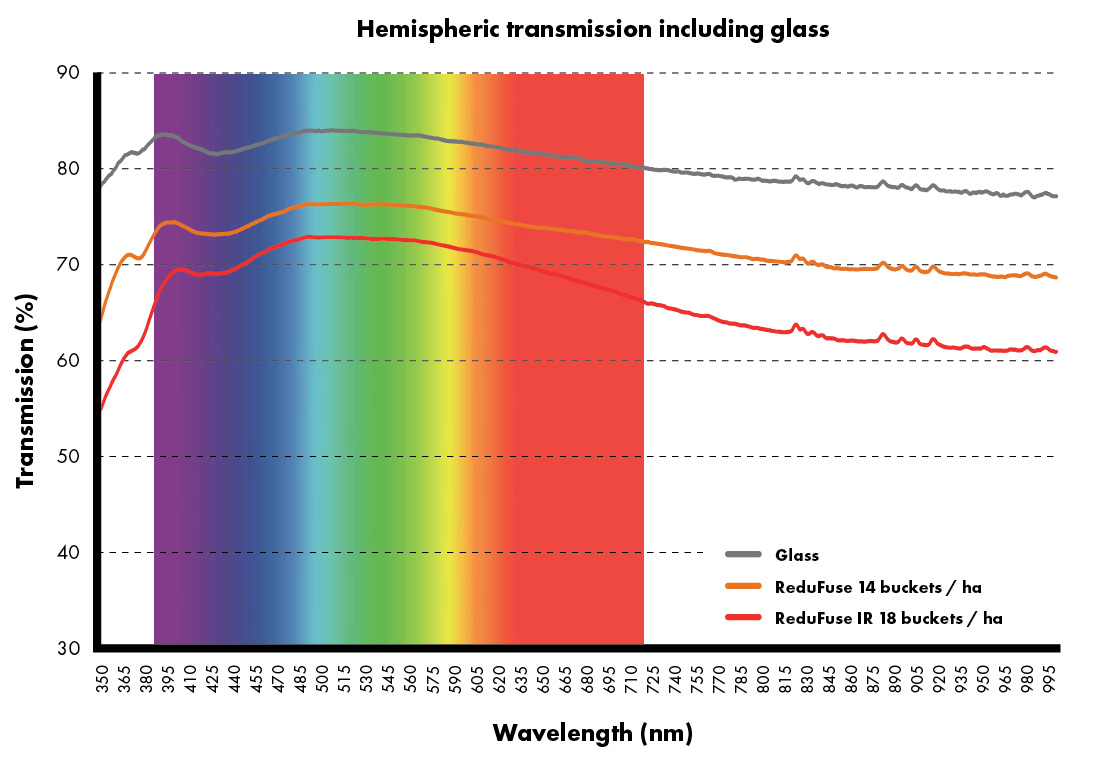 Why ReduFuse for sweet pepper production?

For many years ReduFuse has been used to protect the crops against excessive direct radiation. The result of using this coating is that the crop temperature immediately falls by a few degrees due to the diffuse light. This allows the crop to cope much better with higher outside temperatures and radiation. Due to the lower crop temperature the crop grows better, leading to improved fruit setting conditions and better fruit quality. The latter is mainly due to the fruit temperature being at least 5 degrees lower than in a greenhouse with no coating. This is clear to see in the thermographic photos. In addition, there is a decrease in anthocyanin formation on the fruit if it grows under diffuse light.

Whether ReduFuse or ReduFuse IR is chosen depends on the outdoor climate, type of greenhouse and variety. ReduFuse is often selected for the popular block pepper crops. ReduFuse IR is mostly chosen in climate conditions in which the radiation and temperature are quickly (too) high. Therefore this coating is more often applied in Central and South Europe.  In addition, very generative sweet pepper crops, such as sweet pointed peppers, benefit greatly from using ReduFuse. 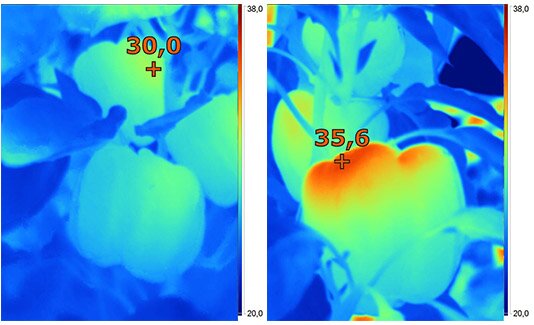 Figure 3: Fruit temperature with Redufuse on the roof (left) and without (right).

The use of a diffuse coating has a vegetative effect on the crop. Therefore it is important that crop growth is not too vigorous at the moment the coating is applied to the roof. It is better to steer towards more generative production beforehand. With very vigorous varieties it is necessary to check carefully if and when a coating should be sprayed onto the roof.

In many cases, a climate screen is present in the greenhouse. This screen is used to reduce the amount of light and heat. A disadvantage of a closed screen is lower air exchange. This leads to a high greenhouse temperature and a high absolute moisture content. Then the crop can no longer cool itself sufficiently because not enough moisture can be removed from the greenhouse. As a result a crop can become much too vegetative, the fruit setting will be greatly reduced and an imbalance will arise. If a gap is made in the screen, then the problem of direct radiation on the plant and the fruits arises. By applying ReduFuse (IR), it is possible to just use the existing ventilation capacity. The screen only needs to be used to flatten out the peaks in light and temperature during the day. ReduFuse (IR) is applied in the spring. In April the level of radiation can rise sharply and a young crop can quickly find itself in a stress situation. Experience has taught that for a sufficiently generative pepper crop, applying the coating in time only leads to advantages.

Controlling growth with light: more in winter, diffuse in summer

For a grower, every ray of sunlight entering the greenhouse in winter is a bonus. Light is also welcome in summer, provided it is properly distributed throughout the crop. This can be achieved by combining coatings. Two vegetable growers are leaders in this field in the Netherlands.

The hot summer of 2018 was a learning curve for many growers. In extreme conditions such as those, the crop needs much more protection. With this in mind, many growers are taking a closer look at ReduFuse and ReduFuse IR.